Yesterday, bubba was being a bit of a grumble.  Ok, a mega grumble.  So when I heard her grizzling in her cot, I didn’t rush up there immediately. (She wasn’t crying of course – I would never leaver her to cry – but grizzling is a whole other kettle of fish).  She was tired, had been grizzling all day, and I was hoping she’d grizzle herself back to sleep.

It wasn’t happening, so I went up to check on her… and found this: 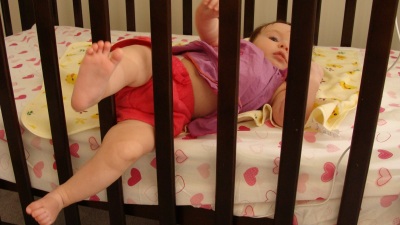 I couldn’t help but laugh!  She hasn’t rolled over yet in either direction, so it was also kind of cool that she had gotten herself onto her side… 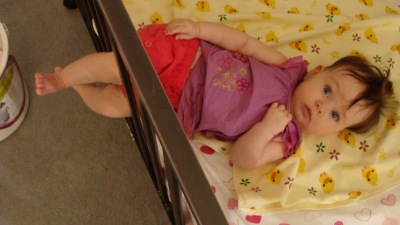 I also noticed that when I propped her up against the couch in the evening, she started kind of leaning forward to sit with less support of the couch…

I just wanted to eat the giraffe mum!

The grizzles that come along with these periods of developmental leaps might be rather frustrating  – but it is pretty cool, and pretty hilarious, watching her figure new things out 🙂

One thought on “Oopsie Daisy!”